Tuesday’s Promise is a tail-wagging sequel and continuation from Luis Carlos Montalvan’s first book, Until Tuesday

Having served two tours in Iraq, Montalvan begins by describing his post-wartime experiences, including what he calls the “invisible wounds of war.” These “invisible wounds” devastatingly include the alarmingly high suicide rate among veterans. To be more specific, Montalvan outlines that veterans die by suicide at a rate of 22 per day, 1 every 65 minutes, and 8,000 each year. Montalvan intimately invites readers into his narrative by discussing his reintegration into civilian life as well as detailing his experiences with posttraumatic stress disorder, depression, anxiety, and suicidal ideations. In addition to his invisible wounds, the author also discusses his experiences with chronic physical pain and the life-altering decisions he has had to make with respect to his physical condition.

He transitions by educating readers about the historical context of the human-canine relationship. For example, it is suggested that dogs assisted hunter-gatherers and evolved alongside their human counterparts by detecting threats, tracking food sources through their keen sense of smell, herding livestock, enhancing the agriculture industry, and providing border protection. More recently, dogs have been introduced into the medical scene by offering support and assistance to individuals with disabilities including, but not limited to, blindness, psychiatric disorders, seizure response, etc. For Montalvan, it is his service dog, Tuesday, who assists him in mitigating his disabilities, fostering a sense of independence, and ultimately enhancing his quality of life.

Through his narrative, readers gain insight into the many challenges that individuals with service dogs experience, specifically related to their public access rights. Montalvan shares a unique experience he had with Tuesday upon attempting to attend an appointment at the VA, wherein he was denied access, treated unjustly, and “required” to provide a service dog identification badge for Tuesday. In the words of Montalvan, this experience “felt infuriating, too stupid for words.” It was experiences, such as this, that motivated Montalvan to serve as an advocate to educate others about the work of service dogs and the public access rights of their partners.

With Tuesday by his side, Montalvan traveled nationwide as a public speaker, advocate, and educator. It was his mission to utilize his relationship with Tuesday as a means to help others feel respected, connected, loved, and embraced — characteristics that humans and animals alike both want and need!

Montalvan died by suicide in 2016 and was reunited in Heaven by his best pal, Tuesday, in 2019.  In memoriam of two national heroes, thank you for your service.  Thank you, Tuesday, for your gift of life that you provided to your partner in the years leading to his death. 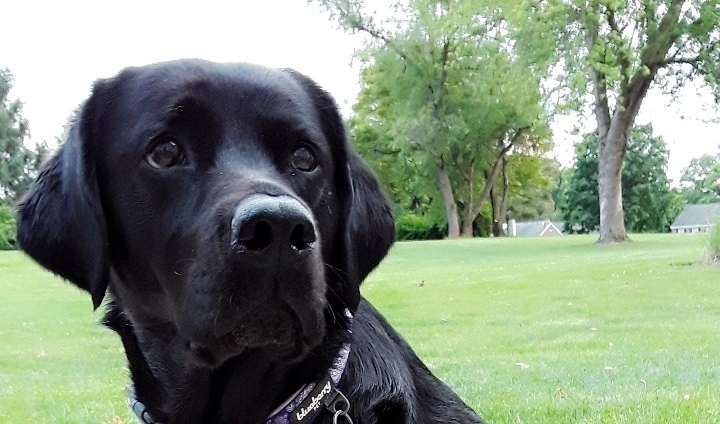 Until Tuesday is a tail-wagging good read that focuses on the intimate relationship between a veteran and his service dog, Tuesday.  Luis Carlos Montalvan, deemed a “highly decorated captain” in the U.S. Army, served two tours in Iraq.  Post-Iraq, he found 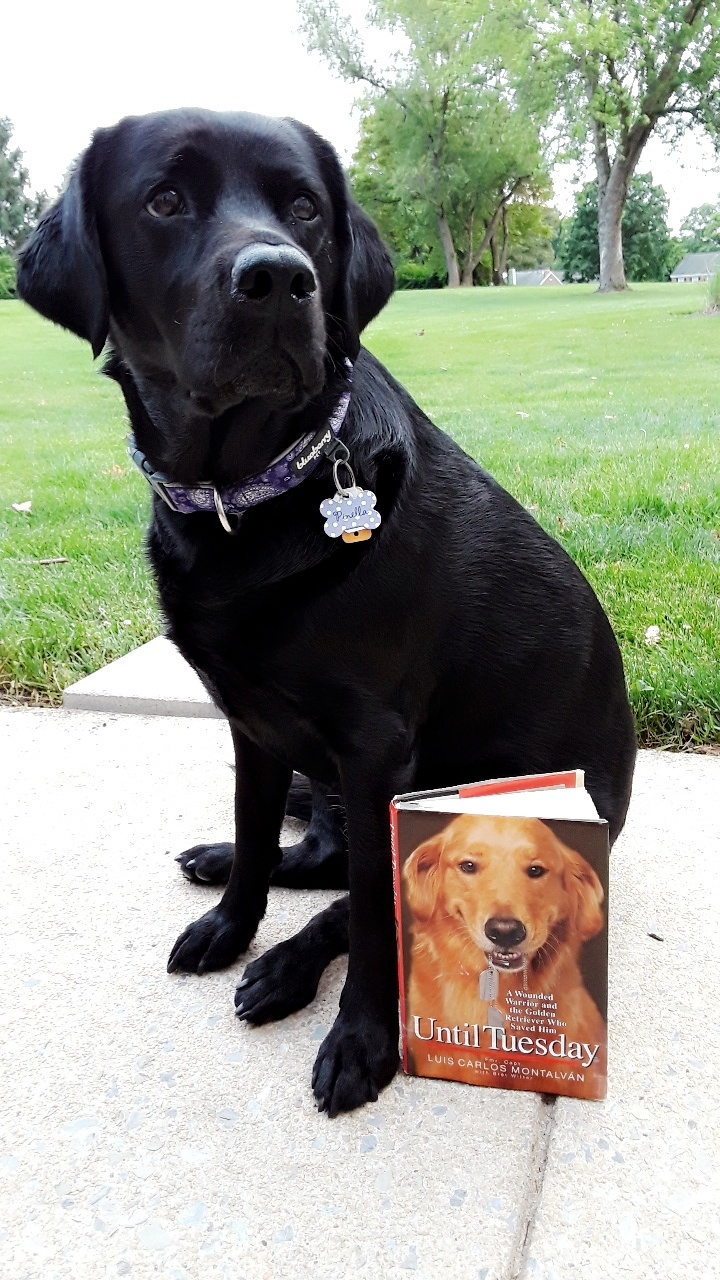 himself experiencing a host of mental and physical disabilities.  Montalvan reports that the crippling aftermath of serving in combat caused him to experience debilitating posttraumatic stress disorder (PTSD), anxiety, depression, and chronic physical pain.  He coped unhealthily, often relying on alcohol, isolation, and alienation from others as a means to manage every day life.  Each day was seemingly a constant battle for Montalvan “until Tuesday.”  Tuesday was a beautiful golden retriever trained by East Coast Assistance Dogs.  Through his training, Tuesday learned many cues, including how to open doors, turn on lights, and sense and respond to the onset of anxiety and flashbacks.  For Montalvan, he did just that and more.  Tuesday connected with Montalvan like none other and provided him with the service he needed to more healthily manage both his mental and physical disabilities.  Through Until Tuesday, readers learn about the manifestation of posttraumatic stress disorder, anxiety, alcoholism, depression, and physical ailments in Montalvan’s life.  We learn about the horrific extent of the many issues that our nation’s veterans face upon reintegrating into civilian life, and we gain a first-hand account of the therapeutic and healing power of the human-canine relationship.  With Tuesday’s help, Montalvan developed the confidence and courage to become a nationally recognized advocate for veterans with PTSD.  Until Tuesday provides an avenue for readers to learn about “man and dog,” “war and healing,” “ability and disability,” and “spiritual restoration.”

Montalvan reportedly died by suicide in 2016.  In memoriam of a national hero, thank you for your service.  Thank you, Tuesday, for your gift of life that you provided to your partner in the years leading to his death. 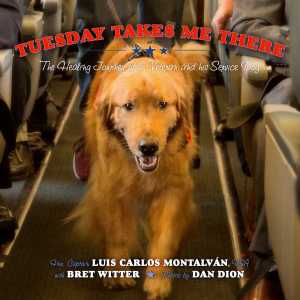