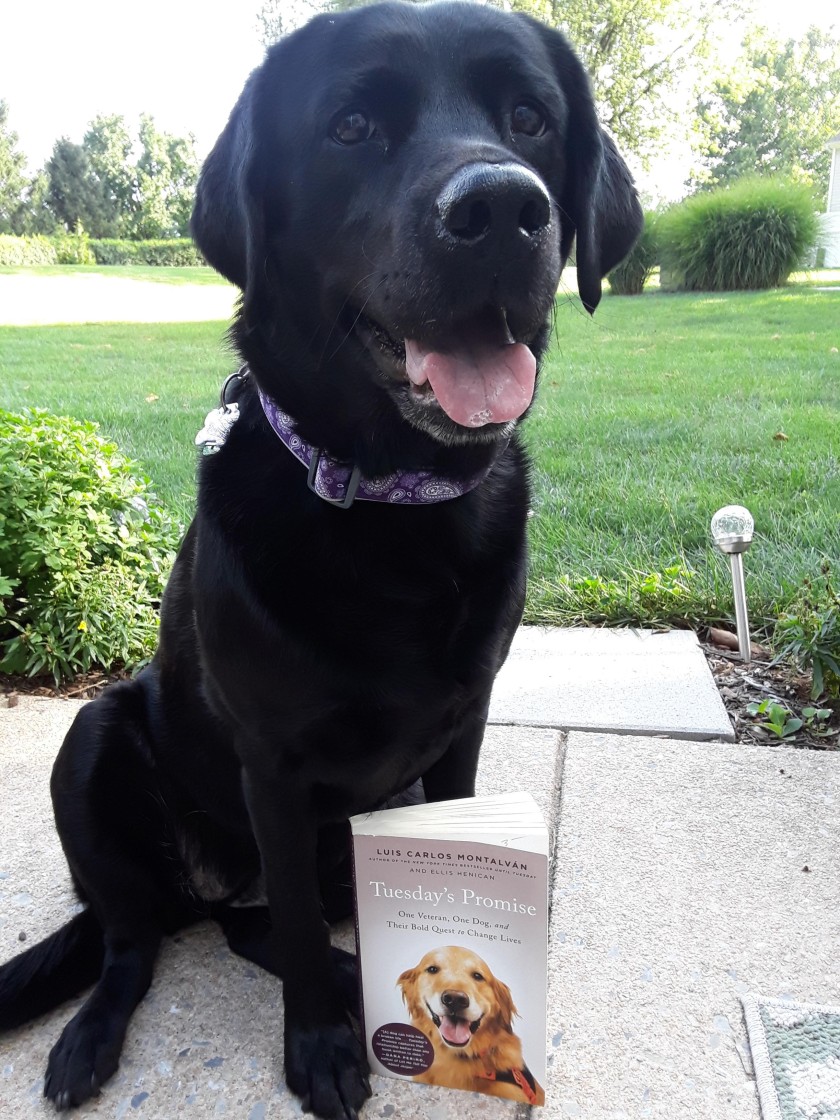 Tuesday’s Promise is a tail-wagging sequel and continuation from Luis Carlos Montalvan’s first book, Until Tuesday

Having served two tours in Iraq, Montalvan begins by describing his post-wartime experiences, including what he calls the “invisible wounds of war.” These “invisible wounds” devastatingly include the alarmingly high suicide rate among veterans. To be more specific, Montalvan outlines that veterans die by suicide at a rate of 22 per day, 1 every 65 minutes, and 8,000 each year. Montalvan intimately invites readers into his narrative by discussing his reintegration into civilian life as well as detailing his experiences with posttraumatic stress disorder, depression, anxiety, and suicidal ideations. In addition to his invisible wounds, the author also discusses his experiences with chronic physical pain and the life-altering decisions he has had to make with respect to his physical condition.

He transitions by educating readers about the historical context of the human-canine relationship. For example, it is suggested that dogs assisted hunter-gatherers and evolved alongside their human counterparts by detecting threats, tracking food sources through their keen sense of smell, herding livestock, enhancing the agriculture industry, and providing border protection. More recently, dogs have been introduced into the medical scene by offering support and assistance to individuals with disabilities including, but not limited to, blindness, psychiatric disorders, seizure response, etc. For Montalvan, it is his service dog, Tuesday, who assists him in mitigating his disabilities, fostering a sense of independence, and ultimately enhancing his quality of life.

Through his narrative, readers gain insight into the many challenges that individuals with service dogs experience, specifically related to their public access rights. Montalvan shares a unique experience he had with Tuesday upon attempting to attend an appointment at the VA, wherein he was denied access, treated unjustly, and “required” to provide a service dog identification badge for Tuesday. In the words of Montalvan, this experience “felt infuriating, too stupid for words.” It was experiences, such as this, that motivated Montalvan to serve as an advocate to educate others about the work of service dogs and the public access rights of their partners.

With Tuesday by his side, Montalvan traveled nationwide as a public speaker, advocate, and educator. It was his mission to utilize his relationship with Tuesday as a means to help others feel respected, connected, loved, and embraced — characteristics that humans and animals alike both want and need!

Montalvan died by suicide in 2016 and was reunited in Heaven by his best pal, Tuesday, in 2019.  In memoriam of two national heroes, thank you for your service.  Thank you, Tuesday, for your gift of life that you provided to your partner in the years leading to his death.

“Dog Medicine,” written by Julie Barton, is a phenomenal read that offers insight into the emotional support and companionship offered by our best fur friends.  Throughout the book, Barton details her experiences with mental illness and utilizes a heartfelt approach to depict how her best fur friend, Bunker, aides in alleviating her debilitating symptoms. 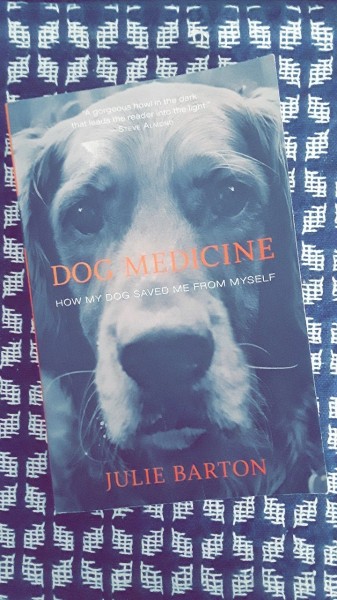 “Dog Medicine” is a relatable read for those with and without mental illness.  The author emphasizes the supportive role of Bunker in adding structure, routine, and purpose in her days.  With Bunker, Barton is able to return to her normal activities, including socializing, working, caring for herself, and living independently.  In her book, Barton states, “I want to get out of bed.”  Readers can interpret from this statement exactly how dogs can serve as a natural antidepressant.  Through the development of their bond, it is observed that Bunker serves as a source of safety, provides comfort and companionship, promotes mindfulness, and encourages laughter.  “Dog Medicine” exemplifies what we, as a social species, need but are often neglected.  The author highlights how she has become more attuned to her own emotional experiences by observing and attending to Bunker’s emotional needs.  Through immersing oneself in “Dog Medicine,” readers begin to understand exactly how Bunker shaped Barton’s mental health recovery by teaching her how to embrace, welcome, experience, and ultimately accept pleasant and unpleasant emotions.  Barton succeeds in creating a powerful anecdote about the healing effects of animals and the human-canine bond.  “Dog Medicine” is a Doggone Good Read that is sure not to disappoint!

An in-depth interview of Julie Barton and “Dog Medicine” can be found here:  https://www.youtube.com/watch?v=RikLo6TQB7g 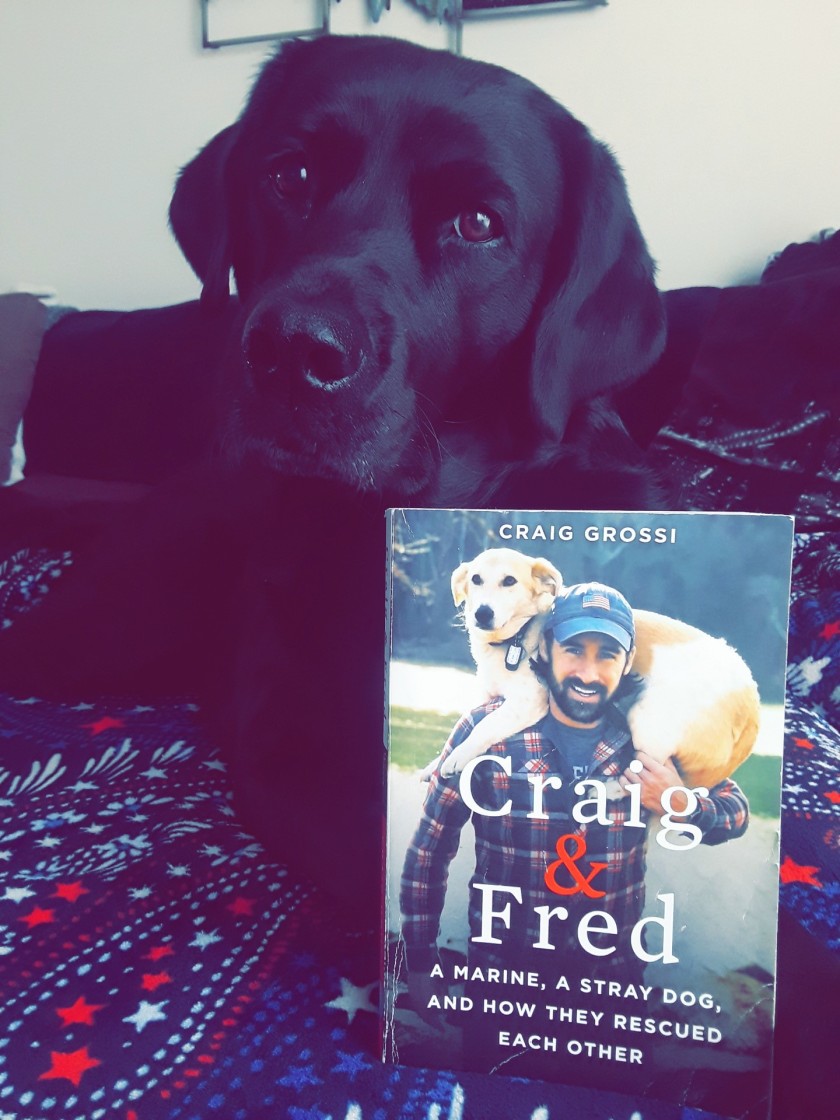 “Craig & Fred,” written by Craig Grossi, is a doggone good read that is certain to raise the question “Who rescued who?” A heartwarming story, “Craig and Fred” details the unique circumstances that brought man and dog together as one.  Grossi utilizes an easy-to-read narrative to depict his inter and intranational journeys alongside his best four-legged pal, Fred.

Told through the eyes of an eight-year Veteran of the United States Marine Corps, readers can expect to gain insight into Grossi’s wartime experiences, including the often difficult transition to civilian life.  In sharing his story, the author outlines how Fred served as a social lubricant, allowing for more seamless discussion of difficult war stories.  Throughout their experiences together, Fred faithfully served (and continues to serve) as a constant source of companionship, comfort, and guidance, and their relationship together truly embodies the human-canine bond.  Through this inspiring story, readers gain clarity into why dogs really are man’s best friend.  Although the question remains of “Who saved who?,” it is clear that both Craig and Fred played important roles in one another’s journeys toward healing and recovery!

“The Divinity of Dogs,” written by Jennifer Skiff, takes an inside look into the healing power of the human-animal bond. Through a series of short stories about our encounters with dogs, Skiff teaches readers how to lead a life with nonjudgment, empathy, kindness, dependability, and love. Readers can expect to find stories about the role of assistance dogs in promoting independence, adoption of shelter dogs, and the therapeutic role of dogs on healing our mental and physical ailments. Each chapter in this tail-wagging good read contains emotional firsthand accounts of how dogs and their human counterparts ultimately save one another physically, emotionally, and spiritually. Emphasis should be placed on the emotional aspect of this book as many of the chapters are a reflection of the heroic stories of beloved pets who have since crossed the rainbow bridge. The “Divinity of Dogs” is a true testament to the phrase “Who rescued who?” and is a tail-wagging good read for dog lovers everywhere! 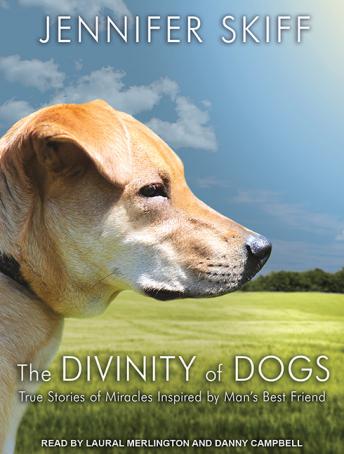 This post is dedicated to those who (thanks to their beloved pets) know what it is like to love and be loved.

Dig Into the Archives!